For various reasons, we landed up in Prague at the eleventh hour. While the week was dedicated to a work meeting elsewhere, the meeting dates shifted and after weighing up a few pros and cons, we decided to spend the week in Prague. Less than 2 hours from London, with Easyjet offering cheap tickets at the last minute and a pretty nice looking and well located apartment still available on Airbnb, Prague fit the ‘where to go nearby, that we haven’t been before, that won’t burn a hole in your pocket both ticket and accommodation’bill. And goodness we absolutely didn’t regret it! Here’s a quick round-up of what we saw, shopped and ate.

The historic bridge that connects Prague Castle (a must see) and the Old Town (another must see) over the Vlatva River. Built over 700 years ago and apparently was the infrastructure which linked Eastern and Western Europe and what made Prague important in yesteryears. It is a definite must walk through in your Prague experience. Beautiful during the day, romantic at night. 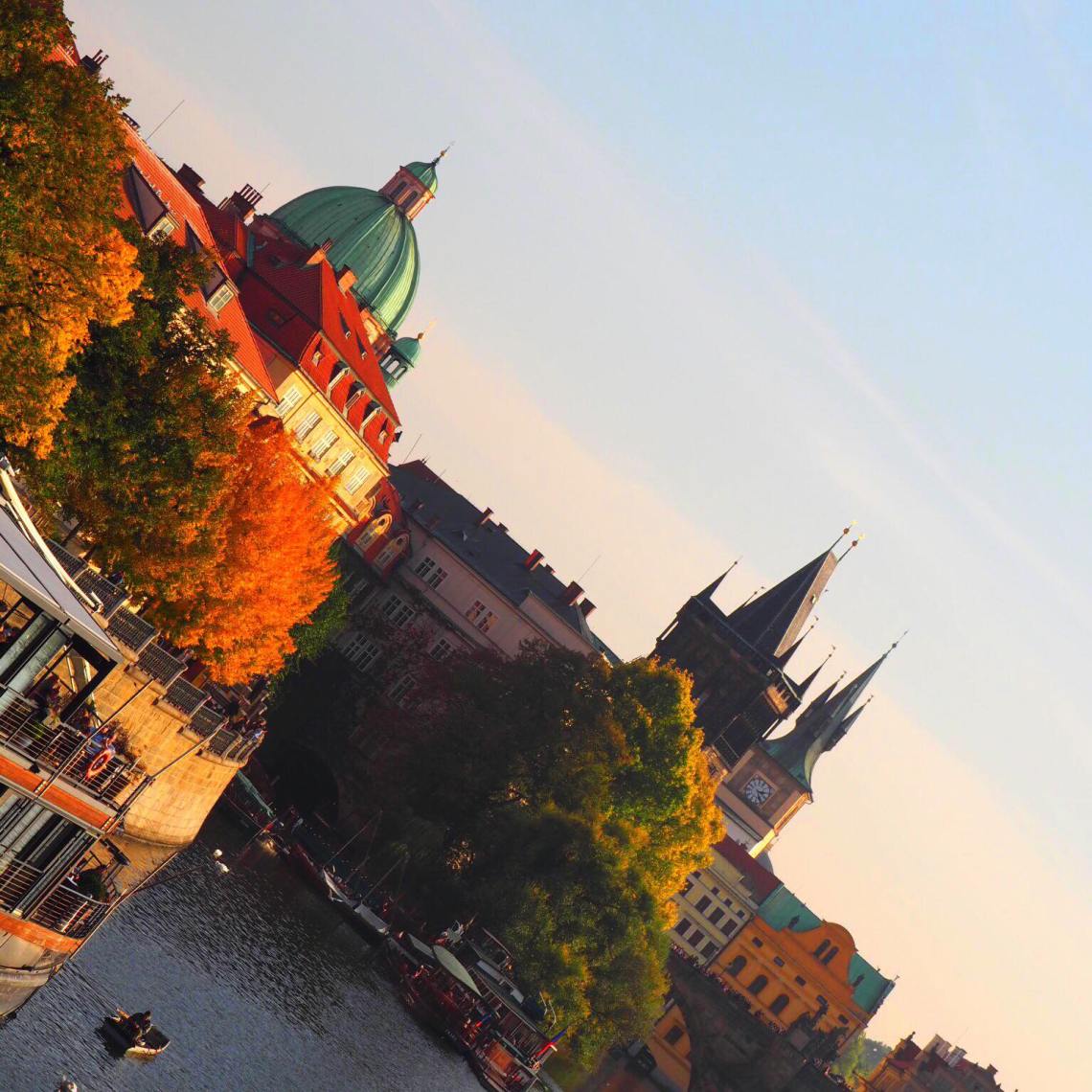 The first sweet spot we hit in our Prague adventure. It took our breath away and pushed us back in time. Local tourism also capitalises on the historical architecture and there are is a constant stream of horse ride carriages and vintage luxury chauffeur driven car dotted all over the square. At night there are always loads of Covent Garden type of entertainment – pianists, fire shows etc and there are cafes and food stalls peppered all around the square. There are at least 5 different arteries branching off the square which is a delight to follow through to discover little gems of the city. 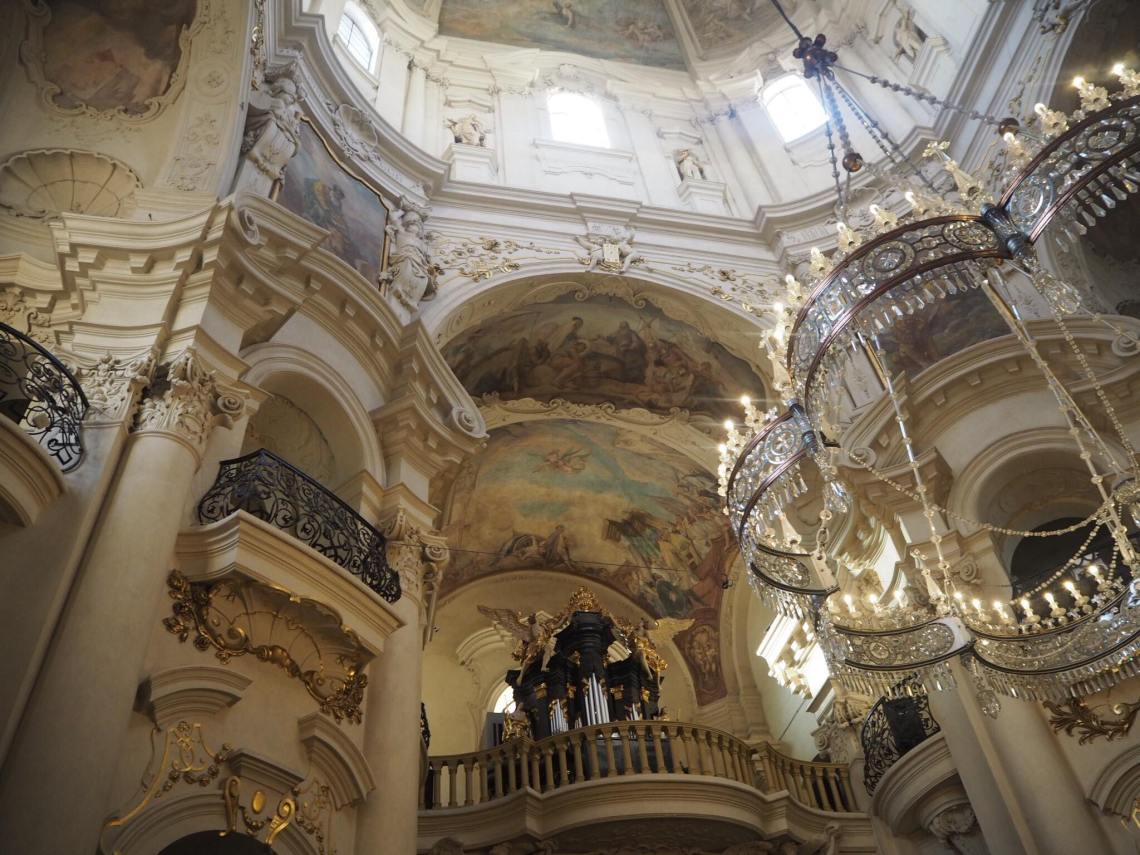 We weren’t quite sure of the hype around this clock as there was often a crowd of visitors huddled in front of it, taking copious amounts of selfies and videos especially every time it chimed. Later I understood that it was no ordinary clock but one that represented medieval astronomy or a primitive planetarium, meant to illustrate where our place was in the universe. There were also Christian inspired figures on the dial – a skeleton emerges overtime the clock struck its hours with other figures shaking their heads at each strike. The skeleton is supposed to represent Death and the shaking heads symbolising how we are often never ready to leave when our time is up. Other figurines represent greed, and vanity, the universal human follies.

The walk to the Palace from the Old Town is extremely beautiful and scenic. We spent half a day just strolling down the bridge, admiring the swans going through their day on the Vltava river, marvelling at every pebbled street, every beautifully manicured garden, every majestic property.  Even the stairway to the palace is gorgeous and worthy of photos. The Palace is supposed to have been founded since 880 and to be the largest coherent castle complex in the world. At the top, the view of the city is just breathtaking and totally unmissable. Even if you have one weekend in Prague, a trip to the castle is mandatory. The walk down from the Palace is equally delicious with interesting buildings and novelty shops. 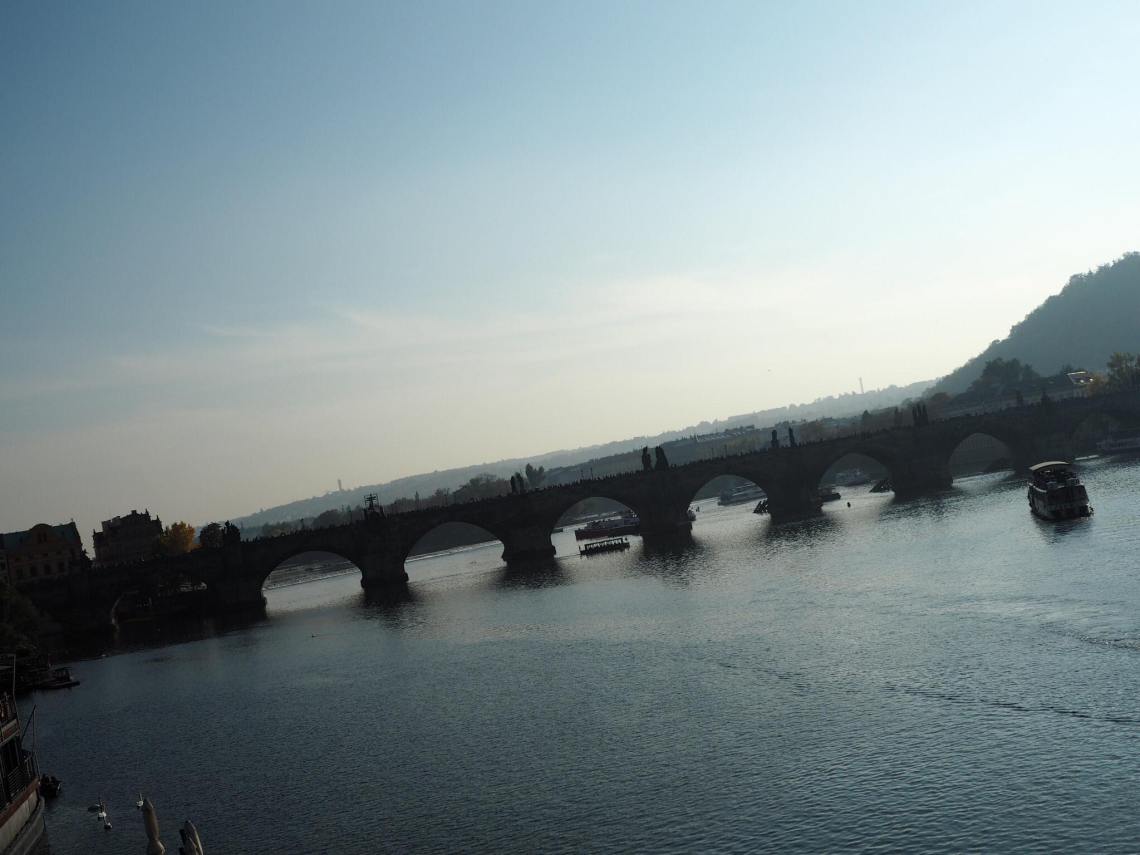 Other quintessentially Prague specifics that caught out eyes… 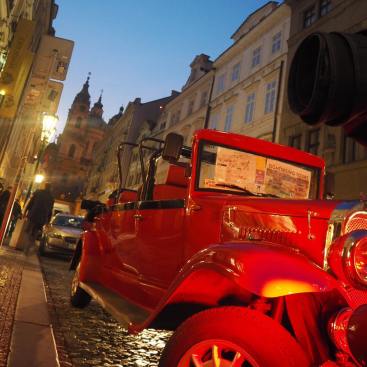 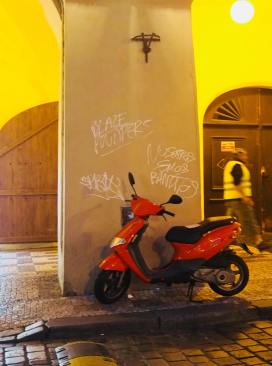 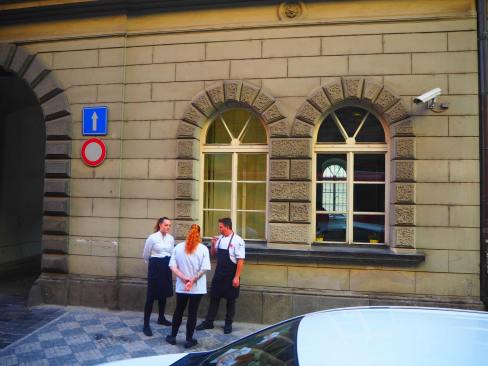 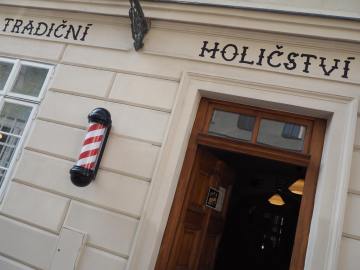 This market sells the usual tourist tats such as key rings, magnets, chocolates, paintings and also fresh fruit and vegetables. Make one full round first before you purchase anything as the products tend to repeat itself and you may want to feast your eyes on all that is on offer before making a decision.

Prague-specific souvenirs can include these type of bits and pieces.

No.1 was our main Prague take-away, also called the Trdelnik. It is basically a scoop of ice cream wrapped around layers of doughnut. It was sweet and sinful and we tasted it once for the novelty but its definitely not something to indulge in every day.

Prague has been in the travel junkie’s radar since the 1990’s and we could definitely understand why. It’s a European architectural paradise and it has a beautifully complex intellectual history with the Kafkas and Kunderas (though I understand the latter prefers to be identified as a French writer and not a Czech one) under its belt, the Velvet Revolution, the uncomfortable relationships with Germany to its West and Russia to its East and of course, the divorce from Slovakia. It was too short a time for me to have a real feel of the people and her personalities though after departing I read a few uncomfortable articles on the challenges they were reputed to experience with diversity etc. It’s probably not a country I would ever want to personally move and live in (a bigger fan of warmer climates or failing that, a truly cosmopolitan and inclusive society) but it is an excellent choice for a short, inexpensive trip to admire an incredibly stunning cobbled-street city more than 1000 years old heaving with a fascinating past.

2 thoughts on “Travel Anecdotes – A Few Days in Prague”