“Do you still prefer Paris to London?” My Parisian friend queried, with a touch of surprise perhaps, after I shared with her my best snapshots of the latter city. “Well Paris is like the mysterious new love whom I still haven’t fully understood and I want to keep discovering this promising relationship. London is like an old relationship I have known for years and spitted out. I have no more interest in knowing.” I explained. It was a simplified analogy, but ultimately it’s hard for me to begin reflecting on London with succinct soundbites because she is just such a big personality as far as cities go, and yes, my longstanding relationship with her is full of evolution. Whether I resist or embrace this, and no matter how long I stay away from her, I still feel she is a big part of me.

I pontificate ad nauseam about my 8 years stint in her beating heart here – and my return to her this fall has been the first after 6 years from my last holiday here, and the first time with my husband. As a child and up till my mid-20’s, she was a paragon of virtue unparalleled by any other spot on the planet. When I started to fully embrace work in the humanitarian industry, I started to feel disconnected from her soul. When I started to live in India, Turkey etc, I started to feel suffocated and disdainful of her ambitions and superficiality. And now, 15 years after I last resided in her, and dwelling in a completely different station in life, I returned with a tinge of both trepidation and excitement. What is it like to taste this world revered city when removed from all the emotional and psychological baggage I have so long carried with me about her? In this reflection, I deliberate only on what I love about her.

She is an architectural feast. It doesn’t speak to my whimsical fantasies such as the elaborate doors, windows and Haussman balconies of Paris, or spiritually elevate me such as almost everything in Istanbul but it is definitely an aesthetic charisma to be reckoned with. Tudor (white base, black beams, very peasant-like, my least favourite), Edwardian (conservative, strong colour contrasts), Victorian (verbose, Gothic aka Parliament House), Georgian (smart townhouses, high ceilings, symmetry aka homes in Mayfair, Fitzrovia-my favourite look) are all weaving in and out together in this melange of artful harmony and every street can give you an unexpected jolt of curiosity and wonderment. This trip I spent ages roaming down different rabbit hole of streets and mews to just absorb and delight in the various manifestations of property styles, doors, windows and colours I used to take for granted before. I also only now discovered her many colourful homes which I chanced upon in Earl’s Court and which I was completely blind to in the past (there are a few other famous neighbourhoods full of these colourful homes such as Notting Hill Gate, Chelsea, Paddington etc as a cursory google search can show you).

Her historical depth is so well preserved. Westminster Abbey is almost 1000 years old, Tudor homes can go back 600 years, Buckingham Palace is over 300 years old. It is so fascinating and somehow humbling to live with such a strong sense of the past. It fills me with the notion that I am just part of a small cog of a bigger universal machinery and goal.

The City of London is made up of up to 9 zones but it can take me at least 2 weeks to cover, even superficially, Zone 1. I love how there are so many unique, characterful neighbourhoods. I rotated my life between Bond Street, Baker Street and Marble Arch and it’s sub-streets and squares back in the day but I am so enthralled by countless other areas and this time around realised that with 1 week, it’s impossible to do any meaningful exploration of more than 1 or 2 neighbourhoods. I wanted to have more of a SW experience so we managed to find a good, last minute Airbnb option at Earl’s Court and spent quite a lot of time in the surrounding neighbourhood including High Street Kensington and Knightsbridge which is really the creme de la creme of the city.

In quick buzzwords, I love Marylebone High Street and St. Christopher’s Place for its’ village finesse (local favourites being La Fromagerie  to salivate over an expedition of giant cheese land, Daunts Bookstore,  to feel like you are lost in another century hunting for books categorically presented by continent, Catwalk for vintage designer goods, Fairuz Restaurant  for solid Lebanese cuisine) and yes sorry Knightsbridge for its’ oolalala dining spots (for very special events, try Outlaws in the Capital) and Harrods for the food hall (equivalent to Paris’s Le Bon Marche but more flamboyant and shamelessly showy).

I still want to fully live and absorb the hip alternative vibes of Westbourne Grove and Notting Hill, the historical and colourful goings on of Covent Garden, the intellectual tone of Fitzrovia and the green bubble of Hampstead Heath. And I’m again, still only discussing of the cliche spots of Zone 1 – there are so many other amazing neighbourhoods beyond Zone 1 and I am aware that  once we step into Greater London even more gems await us. All this ultimately reinforces the message that London is throbbing with vibrant little villages which collectively forms one huge mass of cultural stimulation, artistic perfection and inspirational discourse. With English being the lingua franca, I’ve managed to find a little bit of intimacy with her neighbourhood soul even over such an eclectic and intimidating din.

An average day in London can involve sitting in a Lebanese cafe, listening to a French-Anglo conversation on your right discussing the idiosyncrasies of the Anglo speaking world, observing an Arab family possibly from the Levant enjoying a leisurely lunch on your left and sitting opposite a group of Japanese students typing furiously on their laptops. Meanwhile the waiter is Polish and the waitress is Pakistani. The food, your Lebanese friend tells you, is better than what his mom can prepare at home in Beirut. And the current Chief Executive Officer of this world capital’s 8 million residents hails from a minority religious and ethnic community. This is the very epitome of London – the universe sharing 1,572 kilometres together. It’s the one defining aspect of her character which never fails to electrify me and gives me some hope that the human race can somehow step forward together, holding hands and celebrate each other. 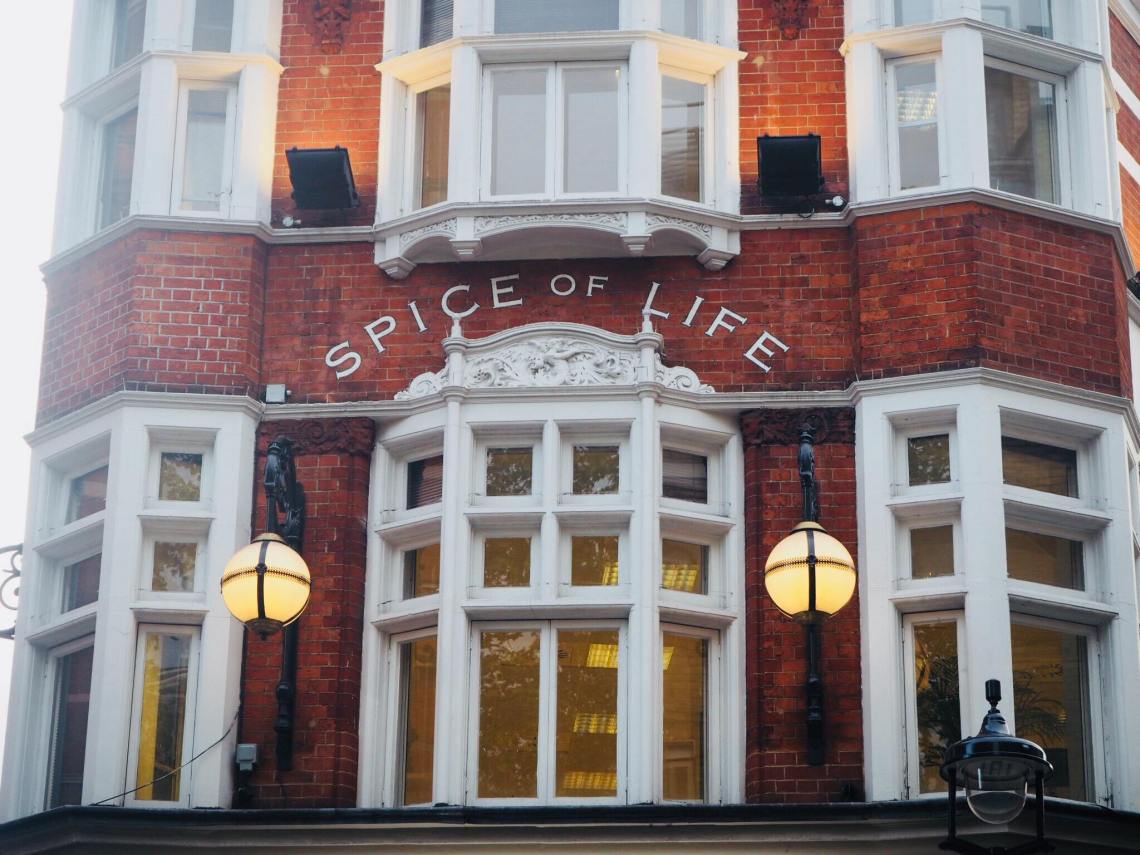 So maybe I wasn’t being completely honest. Yes, London is like an old relationship but I wouldn’t say I have completely no interest in her discovery any longer. For all of the above reasons, I think London is pretty special but not without flaws of course. Her hectic mess of urban struggle, her shallow capitalism, empty spirituality and oppressive grey skies (75% of the year) are all issues of great concern to me and definitely forms one of the core reasons why it can never be a place to live and retire.  But for a temporary respite – The Big Smoke is a cosmopolitan gift that just keeps giving indeed.