Sighting dolphins in the Adriatic is a must-do given their habitation here. The problem is trying to find a company that doesn’t exploit their existence, and see them as just a money-making opportunity. We found dolphinwatching.org (website link here) through searching on the web to meet these criteria and we were not disappointed.

Marta and Carlo usually take two four-hour trips per day. The morning session starts at 9.00-13.00 and the afternoon session starts at 14.00 till 18.00. They take on a maximum of 8 persons on their super chic speedboat which had a very structured layout – the seats are set in 2 rows and all 8 of us can have a great view. We also really appreciated the fact that the group was kept small and intimate and less of an ‘industry’.

Marta is a marine biologist and Carlo a dolphin expert – they have specialised knowledge about these intelligent creatures and they offered us an opportunity to learn about the dolphins. Their intention is to bring us deep into the sea (not just hang around by the coast) to watch them live in the wild (not perform for us). They also have a few staple rules to meet these objectives – they never hover at any spot if another boat is present, and they never come too close to the dolphins. If the dolphins come close and jump around the boat, it is their choice, not ours.  Marta and Carlo are also so familiar with the dolphins in this part of the sea and could identify them based on their location and formation – they would know if a specific spot is a group of moms and kids, or another area would be inhabited by a group of bachelors.

We went for a morning sighting in the first week of September, when the weather was still good and there was less crowd. The meeting point was at Mali Mol, Piccolo Molo (min Rovinj harbour) about 15 minutes before we were meant to speed off. Our group of 8 was generally a fun-loving sort coming from different parts of Europe. Particularly, there was a group of retired women who were joining Marta and Carlo for the second or third time – clearly a testament to how much they appreciated this excursion with them.

In those four hours, we managed to catch sight of the life and play of a group of male dolphins, a mother and her children and some occasional solitary male dolphins. We even saw one swimming with his belly up, which meant that he was hunting. The best part for me though is when one became curious about us and swam close to the boat, which is the video above.

The photos below don’t really do this excursion justice. This is because we have no idea when they might want to appear. Just when you put down your camera thinking it won’t happen, a beauty will emerge from a distance and do backflips. 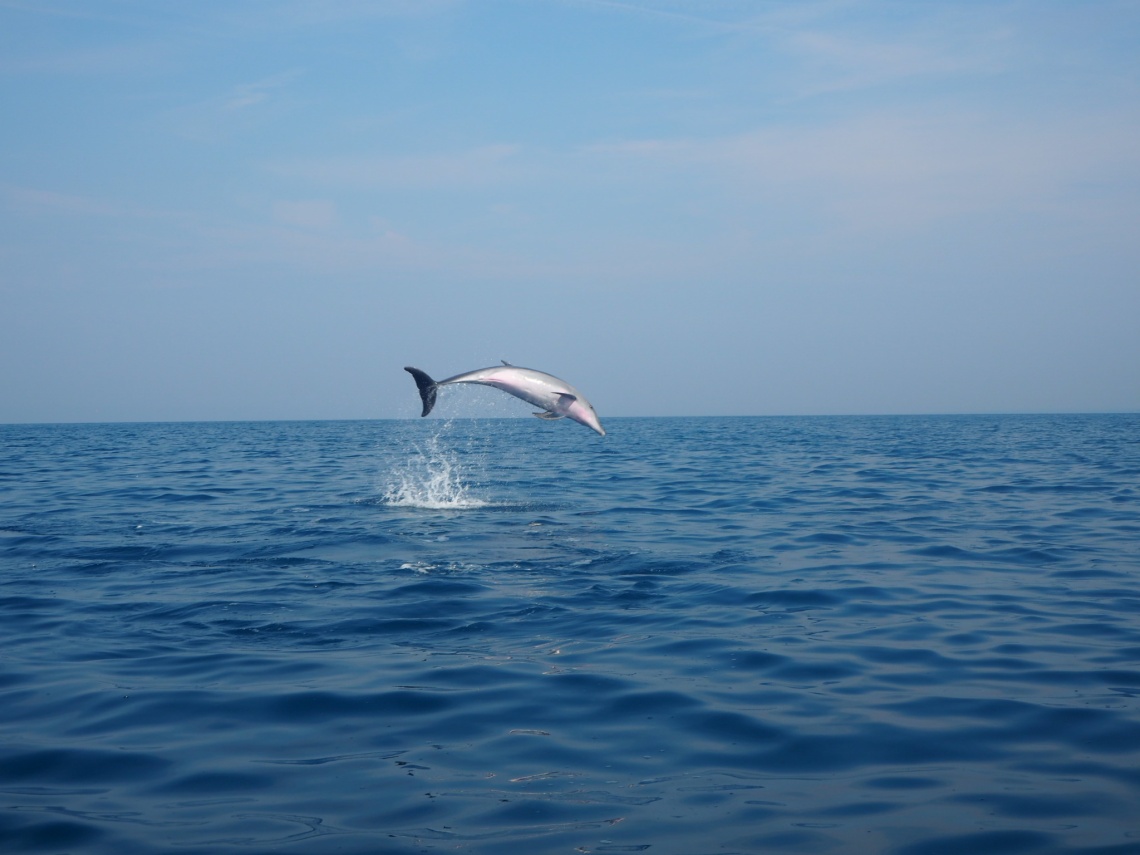 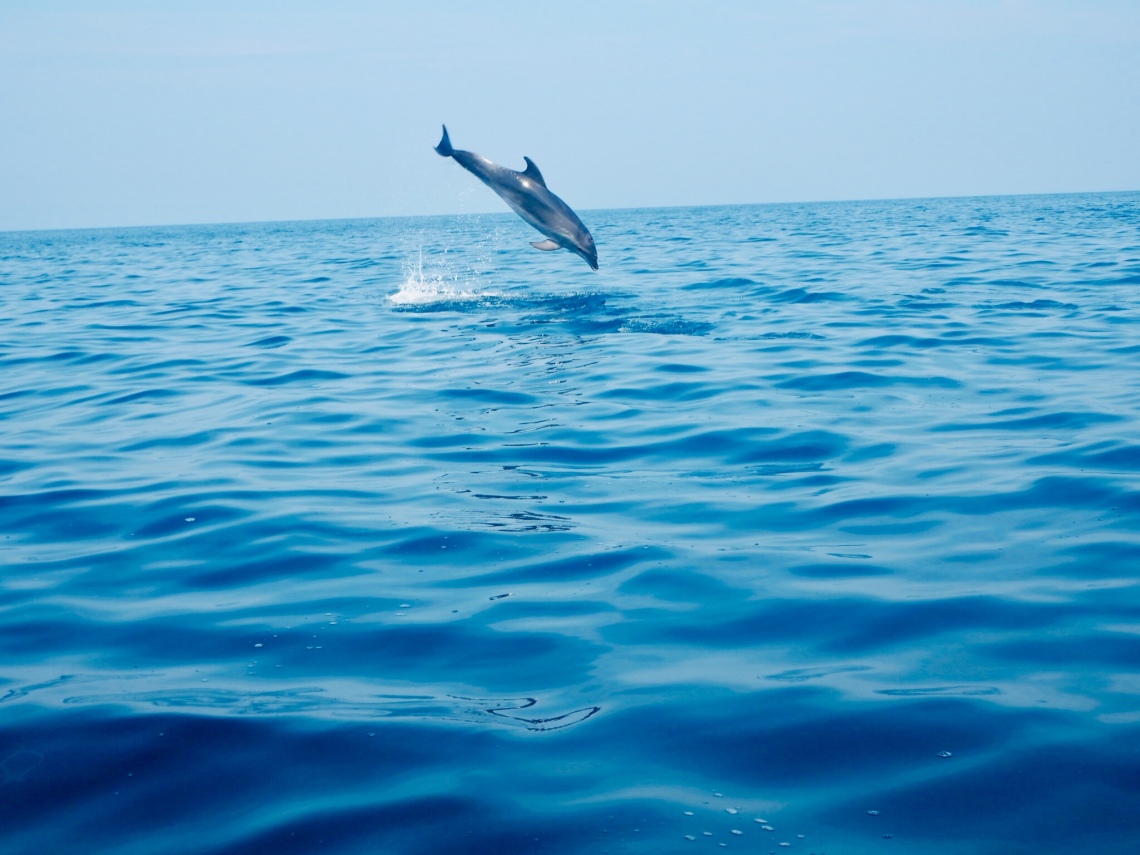 We had an amazing, educational and respectful marine life experience with Marta and Carlo. If we ever came back to Rovinj, we would no doubt join http://www.dolphinwatching.org for another excursion. Meanwhile, we are pleased to keep spreading the word about them. Pop by their IG page (link here) if you want to know what they are up to and make contact with them.

Note that the cover image of this post was taken from dolphinwatching.org’s IG page, while the rest of the photos and videos in the post were taken by us.